Every now and then, I develop a book crush that’s so intense it hurts–in a good way. Lorna Schultz Nicholson’s new title, A Time To Run, is one such crush-y book for me. 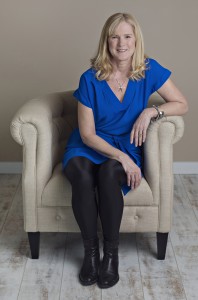 A Time To Run is the fourth and newest book in the One2One series, also known as the “Best Buddies” series.

As explained in an Author’s Note: “The Best Buddies is a real program that operates in schools, including colleges, all over the world. Students with intellectual disabilities pair up with volunteer peer ‘Buddies.’ They meet together, one-to-one, at least twice monthly to engage in fun, social interaction. They also participate in group activities.”

In previous books from the One2One series, the intellectually-disabled characters include Harrison (Fragile Bones), who is on the autism spectrum; Erika (Born With), who was born with Down syndrome; Madeline (Bent Not Broken) who suffered a brain injury; and now Stuart (A Time To Run) who was born with fetal alcohol spectrum disorder. 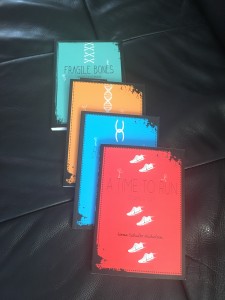 “A Time To Run” is the fourth and newest title in Lorna Schultz Nicholson’s One2One series.

In each book, the stories are told in first-person narrative which alternates between the characters with the intellectual disabilities, and those of their peer buddies.

But back to that book crush… As a former junior-high teacher who worked with students born with FASD, I feel that Schultz Nicholson once again captured the voice of her intellectually-disabled character. And as Sam, Stuart’s peer buddy, says of him “Stuart sure could be complicated.”

Stuart is indeed complicated, and Schultz Nicholson does not shy away from portraying even the more challenging sides of his personality. Born to an abusive, alcoholic mother, Stuart now lives in a loving adoptive home, where he sleeps on a bed in the middle of his bedroom such that he is less apt to damage the walls. He hates conversations about consequences and – I’m not going to use any euphemisms here – he lies.

He lies to his educational assistant about the ten minutes that his mom made him spend repairing the new holes he punched into the wall. He lies to his parents about the unsavoury character he spent the afternoon with when he was supposed to be at track practice. Stuart’s go-to line when he doesn’t want to answer a question that might land him in trouble is “I dunno.” (Pretty smooth, Stuart!)

Stuart however remains an appealing, well-rounded character whose potential shines through, especially when he is with best buddy Samir, aka “Sam,” who suffers from his own challenges.

In the early pages of A Time To Run, basketball-star Sam suffers a nearly-fatal heart episode which derails his athletic career. As A Time To Run evolves, it is clear that both Stuart and Sam are at their best when they are working through their various challenges–and simply hanging out–together.

My only complaint is that A Time To Run and the rest of the One2One series arrived after my years of teaching junior-high students on a daily basis. I so wish this series had been available to me when working with special-needs students in Toronto and in Edmonton. Hence my need to offer this shout-out about the entire One2One series.

A Time To Run is another heartwarming story by Lorna Schultz Nicholson. I highly recommend it to tween and teen readers, adults, educators and to anyone who enjoys books that foster diversity, hope and sympathy. 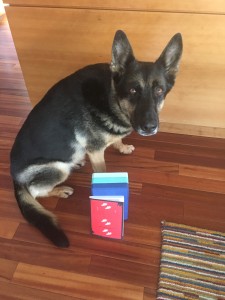 “A Time To Run” shown here with a book lover who dearly wants to run with Stuart.

A Time To Run is available March 15, 2018. Currently available for pre-order.

2 thoughts on “Book Crush: “A Time To Run” by Lorna Schultz Nicholson”