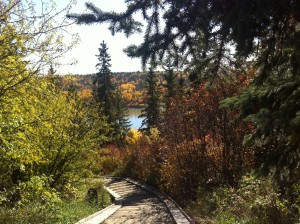 The Edmonton river valley donned her prettiest party frock for the occasion.

Even though my blog has recently been top-heavy with posts about running, today’s milestone leaves me with no other option but to write another one. This is because – *drum roll, please* – it’s my 10th running anniversary. (Runniversary? Runner-versary?)

Effective today, I’ve been a dedicated runner for ten years. But my relationship with running began long before that – back when I was a university student. At that time, I had an irregular-at-best running routine.

Meanwhile, my brother Derrick was becoming an incredibly committed runner. And with many of his earliest races happening in Kingston – where I was living and studying at the time – I went and watched him race at many of them. The energy and emotion when the starter pistol went and also at the finish line, always left me choking back tears – and this when my own sporadic running had pretty much fallen off. 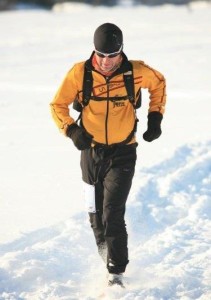 Derrick has raced every distance from 800 metres to 100 miles. His daily running streak dates back to Christmas day 1989.

Clearly running was striking some chords for me too but I never imagined myself actually running and definitely not racing. Years of intense, confidence-shredding gym classes from my formative years had convinced me that athletics were best avoided.

So when I got to pick some of my high school courses in grade nine, I had one guiding principle: no gym classes. I stuck to that for my entire five years of high school. And hey, that’s okay, I told myself. You’re better at academics than athletics anyway. So no big deal.

It actually was a big deal though and over the years, I gradually started breaking my own rule. I was a good swimmer and eventually became a swimming instructor and lifeguard. But still, I never saw myself as an athlete and rationalized that swimming was just “something that anyone could do given enough classes.” And besides, it could lead to a good summer job. (It did.)

Then at my sister’s invitation, I joined her for some aerobics classes and eventually I tried them all – high-impact, low-impact, tae bo, step, etc. I fell in love with feeling fit and while I met many wonderful, supportive instructors, I also crossed paths with some whose methods were gritty reminders of those gym teachers from my earlier years. And to add to that, I was tiring of indoor aerobics classes.

The turning point soon followed… My kids both signed up for the only sport available to students at their small elementary school: cross-country running. While cheering them and their teammates on, I was again surrounded by the energy, the camaraderie, and the adrenaline rush of running. 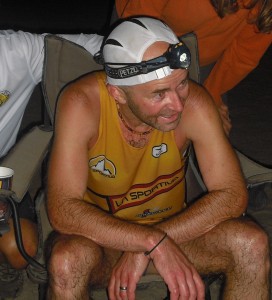 And again, that same choked-up feeling moved into the back of my throat. Something had to give. And it was me…

I phoned my brother, Derrick, who had become a successful race director and running coach, in addition to being a talented runner with several course records to his name. I cautiously asked him if he thought I might possibly become a runner too.

I don’t remember his exact answer but it was something like “Hell, yeah, and here’s how to get started…” 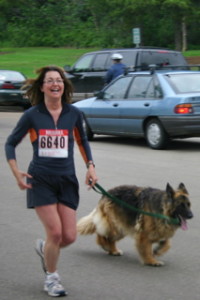 My first race ever – “Pets In The Park” with my beautiful Tassie. [Spoiler alert: this race is a key scene in my first book, Dog Walker.]

The rest, as they say, is history. I’m now a four-season runner who’s run dozens of races with distances ranging from five kilometres to half marathons… and half marathon number eight follows in just nine days. 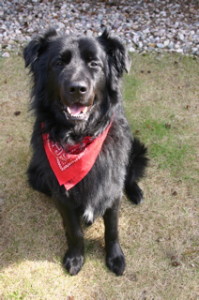 That brings me to today – my tenth runniversary – where the celebration begins by juicing up my most potent “Mean Green” (romaine, swiss chard, spinach, kale, orange, pear, cucumber, watermelon, plum – a.k.a. whatever is in my crisper), 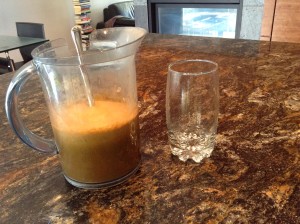 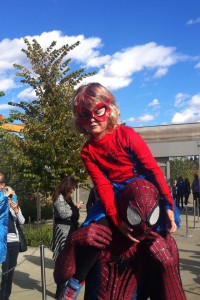 …and heading outdoors with my running partner. 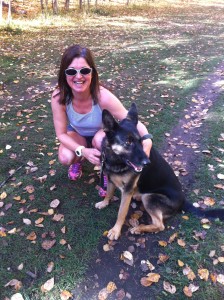 Zolli and me: long-time running buddies

Feel free to wish me a happy tenth runniversary if you see me on the trails. I’ll keep an eye out for you! 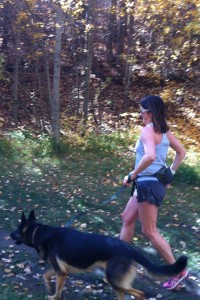 Many thanks to Derrick Spafford of Spafford Health and Adventure (www.healthandadventure.com) for the extensive coaching and support which led to this special runniversary.

2 thoughts on “Running: A Love Story (or My 10th Runniversary)”