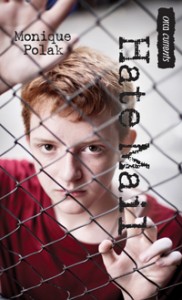 I know I have to make an effort. Todd is my cousin.

“Do you mean the Bombardier Q400 turboprop?”

“Fuselage is the tube-shaped body of the plane.”

“You memorized that, right?”

So goes the first conversation between teenage protagonist, Jordie, and his cousin, Todd. Along with their parents, they are visiting the Pierre Elliott Trudeau Airport in Montreal. Todd has autism and is passionate about all things airplane-related, so it is not surprising that the nearest airport is his favourite place to go on outings.

I especially like this dialogue between the two boys because it reveals much about their characters–about Todd’s love of airplanes, about Jordie’s concern with appearing “normal” (or in the very least, not weird) and about Jordie’s strained relationship with his cousin.

Before Todd’s arrival at Jordie’s high school, Jordie has the high-school scene well in hand. He is a good student; he is surrounded by friends; and he is enjoying the attention of Samantha, a kind, pretty girl with an intoxicating sweet, lemony aroma (“No one else smells that good”).

Unfortunately Jordie’s school and community are not welcoming toward special-needs learners. So when Todd starts attending Jordie’s school, Todd is bullied by the other students, including Jordie’s best friend, Tyrone, who locks Todd in a bathroom stall while laughing at his distress cries. To make matters worse, Todd’s parents just received an appalling letter stating that among other things, they “should put that freak down, put him out of his misery.”

As a reader, the most disturbing thing about this situation is that despite this book being a work of fiction–one of sixteen teen novels by award-winning author Monique Polak–the letter, or the hate mail, is based on a real-life news story. When working with grade nine English students at Riverdale High School in Pierrefonds, Quebec, Ms. Polak learned about a hateful letter that was recently written about an autistic child. That letter soon became a key element in this novel. 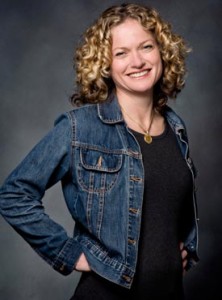 To back away from Hate Mail momentarily, it’s significant to note that Ms. Polak is no stranger to tackling difficult issues in her writing. Animal abuse (Junkyard Dog), teenage prostitution (The Game), relationship violence (So Much It Hurts), and survival within a WWII concentration camp (What World Is Left) are several difficult themes that she has previously addressed. Once again, Ms. Polak has proven herself adept and sensitive in creating believable, conflicted characters around a tough theme, and I admire her refusal to candy-coat them.

But to step back into Hate Mail, Jordie is guilt-ridden about ignoring Todd at school, especially when Todd is being bullied by the other students. Particularly given their intolerance, Jordie is afraid that the other students will see him differently upon learning that their new victim–the ultra-sensitive, armpit-scratching newcomer–is his cousin.

Just as Jordie is conflicted about whether to disclose their relationship and to speak up for him, Todd’s mother faces her own dilemma. Should she ignore the hateful letter, or should she go public with it? And what if in doing so, Aunt Anna exposes her sensitive son to even more unwanted attention or bullying?

At the risk of providing a spoiler, Aunt Anna’s words sum up the position that Jordie ultimately adopts: “Sometimes it’s better to stand up. Even if it’s hard!” That action alone is beautiful and courageous.

Another beautiful thing about Hate Mail is this: that Ms. Polak transformed an ugly, horrible letter into a tender, powerful story that young people will relate to. I highly recommend it to middle-grade and young-adult readers, and offer my congratulations to both Ms. Polak and to her student advisors at Riverdale High School.